Laboratory for Microelectronics (LMFE) develops microelectronic sensors, circuits and systems for various applications. The main areas of research and development are automotive, material science and security.

The LMFE is involved in design and development of sensors and systems from microelectronic field since 1972. Its activities were at beginning connected to development of circuits for military and surveillance. After, the LMFE was involved in many industry and automotive projects as:

The main activities of past years are focused on development the THz systems and artificial nose for chemical substances detection with emphasis on most common used explosives.

In the THz system development, new highly efficient microbolometer type THz sensor was designed and fabricated. It has high sensitivity and low noise equivalent power. The LMFE THz system is capable to detect object under different barriers transparent for THz waves and therefore enables many security applications development. It operates at the room conditions without any additional cooling system. It is portable and in 2D imaging mode detects hidden objects up to 5m stand-off distance.

The artificial nose called UNOS was developed to detect explosive vapour traces in the air. It bases on differential MEMS comb capacitor sensor pair which is half modified. Initially the system UNOS detected only one of explosives, afterward it was modified to detect few substances simultaneously. System has high sensitivity and it is possible to upgrade up to the 16 input channels.

ASAM - THE COMPANY BEHIND 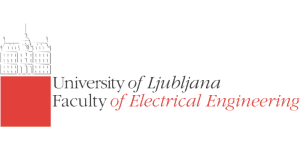 Center of Excellence, Institute for Research and Development of Advanced Non-Metallic Materials with Technologies of the Future | ASAM © 2020 | Privacy